Psalm 82 - Give justice to the weak 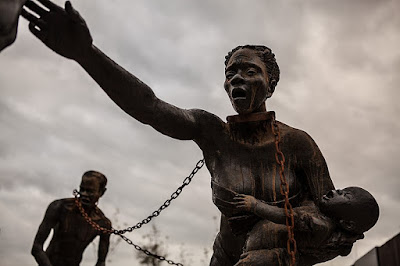 Jump to end of psalm
A Psalm of Asaph.
1) God has taken his place in the divine council;
in the midst of the gods he holds judgment:
2) "How long will you judge unjustly
and show partiality to the wicked? Selah
3) Give justice to the weak and the orphan;
maintain the right of the lowly and the destitute.
4) Rescue the weak and the needy;
deliver them from the hand of the wicked."
5) They have neither knowledge nor understanding,
they walk around in darkness;
all the foundations of the earth are shaken.

6) I say, "You are gods,
children of the Most High, all of you;
7) nevertheless, you shall die like mortals,
and fall like any prince."
8) Rise up, O God, judge the earth;
for all the nations belong to you!

Perhaps you've seen a "justice system" dispensing a different kind of justice than you might want. The rich, the powerful, the privileged get light sentences or escape prosecution entirely. While poor, minority, and disadvantaged people and communities feel the weight of policing and courts which are less than fully just. "Blind justice" may be an ideal, but it is not a reality, for justice in America is not color-blind, it privileges the white and the green ($).

Verse 5 suggests it is unjust justice which is blind to godly reality, staggering around the darkness of their conceit, drunk on their positions of power. The implication is that the world is unbalanced when justice is not done, "all the foundations of the earth are shaken."

The "divine council" pictured here is presumably composed of lesser gods, angelic messengers, all the heavenly beings which affect earthly affairs. You might also think of it as including the "principalities and powers," tangible representatives of trans-personal beings, systems, cultures, things which have a dominion over human life yet are only embodied in others.

And God's got a problem with them. They are not operating according to God's righteous plan. They are fallen. They show partiality, not to the poor but to the powerful. They let the wicked have their way and forget to invite justice to the hearing.

¡No mas! It's over! "You are gods, children of the Most High, all of you; nevertheless, you shall die like mortals, and fall like any prince." If you cannot maintain the right of the lowly, your time is done. The role of the exalted is to raise up the lowly.

Credits:
Kwame Akoto Bamfo, Nkyinkim Installation, National Memorial for Peace and Justice. Photo by Soniakapadia, 2018. Used under (CC BY-SA 4.0)).
* New Revised Standard Version Bible (NRSV), copyright © 1989 the Division of Christian Education of the National Council of the Churches of Christ in the United States of America. Used by permission. All rights reserved.