Psalm 21 - In your strength 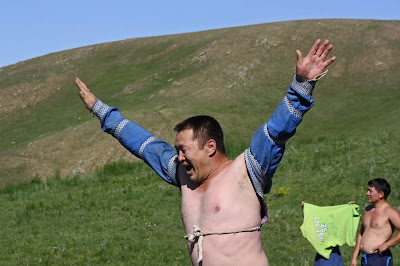 Jump to end of psalm
To the leader. A Psalm of David.
1) In your strength the king rejoices, O Lord,
and in your help how greatly he exults!
2) You have given him his heart’s desire,
and have not withheld the request of his lips. Selah
3) For you meet him with rich blessings;
you set a crown of fine gold on his head.
4) He asked you for life; you gave it to him—
length of days forever and ever.
5) His glory is great through your help;
splendor and majesty you bestow on him.
6) You bestow on him blessings forever;
you make him glad with the joy of your presence.
7) For the king trusts in the Lord,
and through the steadfast love of the Most High he shall not be moved.

8) Your hand will find out all your enemies;
your right hand will find out those who hate you.
9) You will make them like a fiery furnace
when you appear.
The Lord will swallow them up in his wrath,
and fire will consume them.
10) You will destroy their offspring from the earth,
and their children from among humankind.
11) If they plan evil against you,
if they devise mischief, they will not succeed.
12) For you will put them to flight;
you will aim at their faces with your bows.

13) Be exalted, O Lord, in your strength!
We will sing and praise your power.

Psalm 21
Not included in the Revised Common Lectionary.

It helps in reading or praying this psalm, to make an interpretive decision. Who is "the King"?

The King, in a very straightforward sense, is the leader of the nation, and understood both as "the King" himself, and as a figure who represents, who stands for, the nation. This is a "Psalm of David," so one can read it and see King David himself, in the company of the people, dancing in celebration of his victories, as he establishes a new nation and dynasty.

It is sometimes called a psalm of thanksgiving, but it there is no explicit word of thanks, and it reads much more as exultation, rejoicing in the power and success of God. It's not unlike what you might see from fans after a World Series, Super Bowl, or Final Four championship, but in the context of national security and prosperity. Following a pattern seen in other psalms, it is also prospective. Not only does it celebrate God's power and victories it also anticipates in the future tense what the Lord will do to his (and our) enemies.