Psalm 12 - They utter lies to each other

January 08, 2020
Jump to end of psalm
To the leader: according to The Sheminith. A Psalm of David. 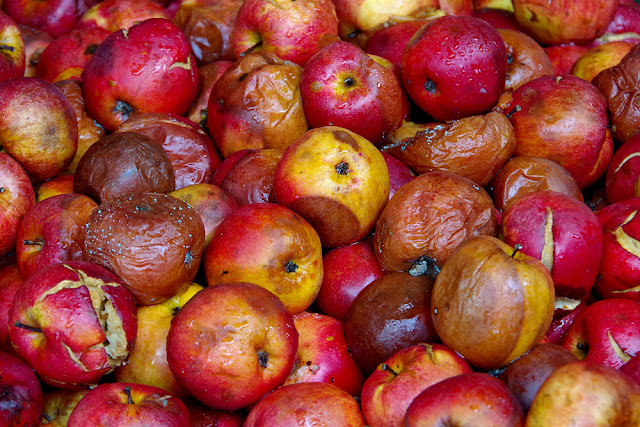 1) Help, O Lord, for there is no longer anyone who is godly;
the faithful have disappeared from humankind.
2) They utter lies to each other;
with flattering lips and a double heart they speak.

3) May the Lord cut off all flattering lips,
the tongue that makes great boasts,
4) those who say, “With our tongues we will prevail;
our lips are our own—who is our master?”

5) “Because the poor are despoiled, because the needy groan,
I will now rise up,” says the Lord;
“I will place them in the safety for which they long.”
6) The promises of the Lord are promises that are pure,
silver refined in a furnace on the ground,
purified seven times.

7) You, O Lord, will protect us;
you will guard us from this generation forever.
8) On every side the wicked prowl,
as vileness is exalted among humankind.

Psalm 12
Not included in the Revised Common Lectionary.

You've probably heard the saying that one bad apple will spoil the whole bunch. There's some truth to that. A fungus or insect infection can grow and spread. But the problem is even worse. A wounded apple emits ethylene. This chemical accelerates the ripening process of nearby apples. They then emit more ethylene, and pretty soon all the apples in the bin are "overripe," rotten.[1]

Corruption is corrosive. It erodes the structures which support honest and just institutions and relationships. When lies and double-dealing become normal, "everyone does it." They spread. Corruption takes over. Evil is called good, facts are called "fake news." Liars believe their lies, righteousness is mocked and vileness is celebrated.

When integrity is rare and not obviously rewarded, people wonder what they need to do to get by in this unrighteous regime. Cynicism, even despair, are understandable. Have the faithful disappeared?

The effects of all this deceit are evident. The poor are exploited even more than usual. The many in need groan under their burdens, not just because of what they are suffering, but because there is no one who will help.

There is one, however, who will listen, and who will act. "I will now rise up,” says the Lord.

The Lord stands in highest contrast to the rottenness which has spread throughout human society and twisted human hearts. The Lord's promises are pure. God's promises stand the test of fire, they are refined by righteousness.

The psalm prays for an end to this. Tie those lying tongues in knots. Let the Lord reign. The One who is Holy and Righteous, whose way is True, and whose will is not decay, but new life. Help, O Lord. We know that, however good an apple we might be, the bad apples nearby put us at risk. Guard us from this corruption and faithlessness.