Psalm 129 - They attacked me from my youth 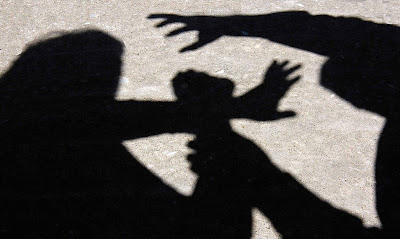 Jump to end of psalm
A Song of Ascents.
1) "Often have they attacked me from my youth"
—let Israel now say—
2) "often have they attacked me from my youth,
yet they have not prevailed against me.
3) The plowers plowed on my back;
they made their furrows long."
4) The Lord is righteous;
he has cut the cords of the wicked.
5) May all who hate Zion
be put to shame and turned backward.
6) Let them be like the grass on the housetops
that withers before it grows up,
7) with which reapers do not fill their hands
or binders of sheaves their arms,
8) while those who pass by do not say,
"The blessing of the Lord be upon you!
We bless you in the name of the Lord!".

Psalm 129
Not included in the Revised Common Lectionary.

How troubling it is to continually be subject to attack? Imagine... a lifetime of assaults, indignities, and abuse, starting as early as the cradle. Can there be a day free from threat?

The psalm's context is Zion, with national/tribal enemies. But the experience is sadly similar to many other times and places.

The people in holy land of Zion, and the surrounding lands of Palestine, Sinai, Lebanon, Syria are under daily threat of conflict, injustice, violence. The same is true in too many lands. Poverty is a worldwide, daily affliction which invites all kinds of dangers and stresses. In America, certain neighborhoods and zip codes and people live under threats, from Adverse Childhood Experiences to sexual violence to inadequate opportunities to thrive. And guns, the threat seen on streets where young men try to flee their pursuers, wielding death in their hand. Sometimes they escape, too often not.

It is great indeed that the psalmist can say "they have not prevailed against me."

Yet even the successful escapes do not make the way smooth. The image of an ox, pulling a plow, cutting furrows of oppression into your back, literally pictures the human body as dirt. The daily, weekly, year-after-year suffering and fear are terrible.

The thought instills terror. Do not assume that simply because of God's vindication, the psalmist is "over it." The declaration of individual trauma which opens the psalm - "often have they attacked me from my youth" - is echoed as a collective experience in verse 2. It leaves marks: scars on the body and furrows in the psyche. Traumas can heal, but are not forgotten.

May the ones who did this be put to shame! Turning them backward may be simply reversing their course, or a prayer to turn the tables and make the ones who inflicted suffering, now suffer themselves. At a minimum, they are to wither away, like grass with no roots, which produces no seed, feeds no one, and dies out. Let no one give them a blessing.

Trauma is personal. As personal as the scars on the back or in the soul.

The wounds seen in this psalm will not give you redemption or forgiveness. But it does testify that "the Lord is righteous; he has cut the cords of the wicked." And it is hard indeed to imagine wounds healing without first stopping the bleeding.

Perhaps this psalm is occasion to offer prayer on behalf of those under attack, and for deliverance from every threat which would diminish or destroy. The Lord is righteous.

Credits:
Margo Wright, Photo illustration. Public domain, as a U.S. Air Force-produced work.
* New Revised Standard Version Bible (NRSV), copyright © 1989 the Division of Christian Education of the National Council of the Churches of Christ in the United States of America. Used by permission. All rights reserved.