Psalm 99 - Enthroned upon the cherubim 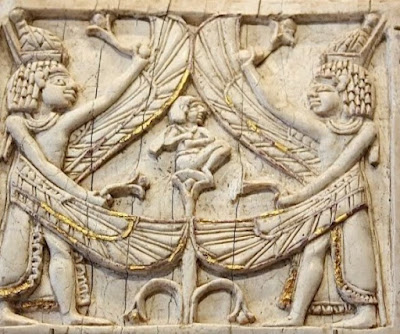 Jump to end of psalm

1) The Lord is king; let the peoples tremble!
He sits enthroned upon the cherubim; let the earth quake!
2) The Lord is great in Zion;
he is exalted over all the peoples.
3) Let them praise your great and awesome name.
Holy is he!
4) Mighty King, lover of justice,
you have established equity;
you have executed justice
and righteousness in Jacob.
5) Extol the Lord our God;
worship at his footstool.
Holy is he!

6) Moses and Aaron were among his priests,
Samuel also was among those who called on his name.
They cried to the Lord, and he answered them.
7) He spoke to them in the pillar of cloud;
they kept his decrees,
and the statutes that he gave them.

Israel exalts the Lord as their divine king - holy is he!

The imagery of this regal God is varied, here seen enthroned upon the cherubim. Later Jewish tradition "interpreted the Cherubs to represent anything from a child to a man, woman to an angel, from a bird to a Torah scholar" (Farber). But the Ancient Near Eastern world knew these celestial creatures, although they may have been seen in several roles: as guards, drawers of the divine chariot, supports for the throne, or a protective screen between the full presence of the Lord and the people. They were variously pictured as vultures, snakes, and mythical hybrids of horses with humans, fish, or birds.

People throughout the ancient world felt the impulse to see god(s) with all the trappings of royalty.

In the Church lectionary, this psalm is read on the Festival of the Transfiguration, where Jesus shone from on high, flanked by Elijah and Moses, with his bewildered disciples looking on in awe.

It is perhaps most interesting to reflect upon the trappings of this Lord's reign. This Lord answers those who call upon him. This God is an avenger of wrongs done to his people. Now other gods might be seen in a similar vein. But the Lord of Israel stands alone in a particular way his people have known him: "Mighty King, lover of justice, you have established equity."

Ultimately, every believer makes choices about what to believe in. We decide and continually re-decide where to place our trust, our hope, our worship. How good, that this God is not just an earthly king on steroids. How good that this God's "cherubim" might be envisioned as Torah scholars, prophets, even ordinary women and men who seek to be close to this kind of Lord.

You are a forgiving God. Let us praise your great and awesome name! 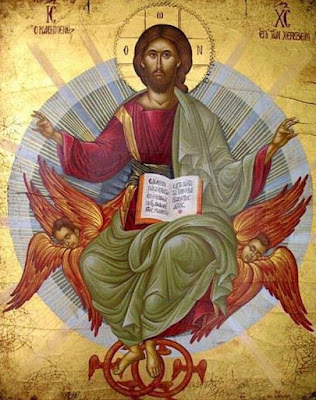 Credits:
Unknown artist, Ivory Plaque, 10th-9th century Samaria depicting winged being with Egyptian crowns protecting a seated figure. Public domain (CC0 1.0).
Unknown artist, Christ Enthroned on Cherubim.
Dr. Rabbi Zev Farber, The Cherubim: Their Role on the Ark in the Holy of Holies.
* New Revised Standard Version Bible (NRSV), copyright © 1989 the Division of Christian Education of the National Council of the Churches of Christ in the United States of America. Used by permission. All rights reserved.